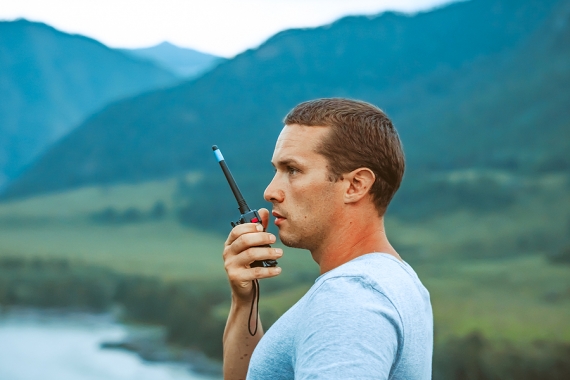 Push to Talk over Cellular

Push-to-talk (PTT), also known as press-to-transmit, is a method of having conversations or talking on half-duplex communication lines, including two-way radio, using a momentary button to switch from voice reception mode to transmit mode. Push-to-talk over cellular (PoC) is a service option for a cellular phone network that enables subscribers to use their phones as walkie-talkies with unlimited range. A typical push-to-talk connection connects almost instantly. A significant advantage of PTT is the ability for a single person to reach an active talk group with a single button press; users need not make several telephone calls to coordinate with a group. Push-to-talk cellular calls similarly provide half-duplex communications — while one person transmits, the other(s) receive. This combines the operational advantages of PTT with the interference resistance and other virtues of mobile phones.Mobile push-to-talk services, offered by some mobile carriers directly as well as by independent companies, adds PTT functionality to smartphones and specialized mobile handsets (hand portable and mobile/base station PTT Radio Terminals). In addition to mobile handsets, some services also work on a laptop, desktop, and tablet computers.Recent development in PTT communications is the appearance of apps on smartphones, some of which can function on multiple platforms. Wireless carrier-grade PTT systems have adapted to and adopted the smartphone platform by providing downloadable apps that support their PTT systems across many mobile platforms. Over-the-top (OTT) applications are not dependent on a specific carrier and nearly as fast as carrier implementations.

< Back to Search Results

Susbcribe to our You Tube channel to learn everything you need to know about your new PTT devices.